Over five years ago, I secretly started working on Midnight Soundtrack – my electronic rock side project. It was around the same time I was preparing to release my Break Me EP in 2009. So, yeah, it’s been a while! Since my solo project always takes priority, I worked on Midnight Soundtrack’s debut album Foreplay sporadically over all these years and it comes out today! The album was entirely constructed between recording and releasing my debut solo album It’s Not an Excuse, It’s a Reason and accompanying documentary Walking Proof, touring, writing, starting a podcast, living life, and, what else? Oh yeah, getting married to my love, Chelsea, and becoming a dad… twice! 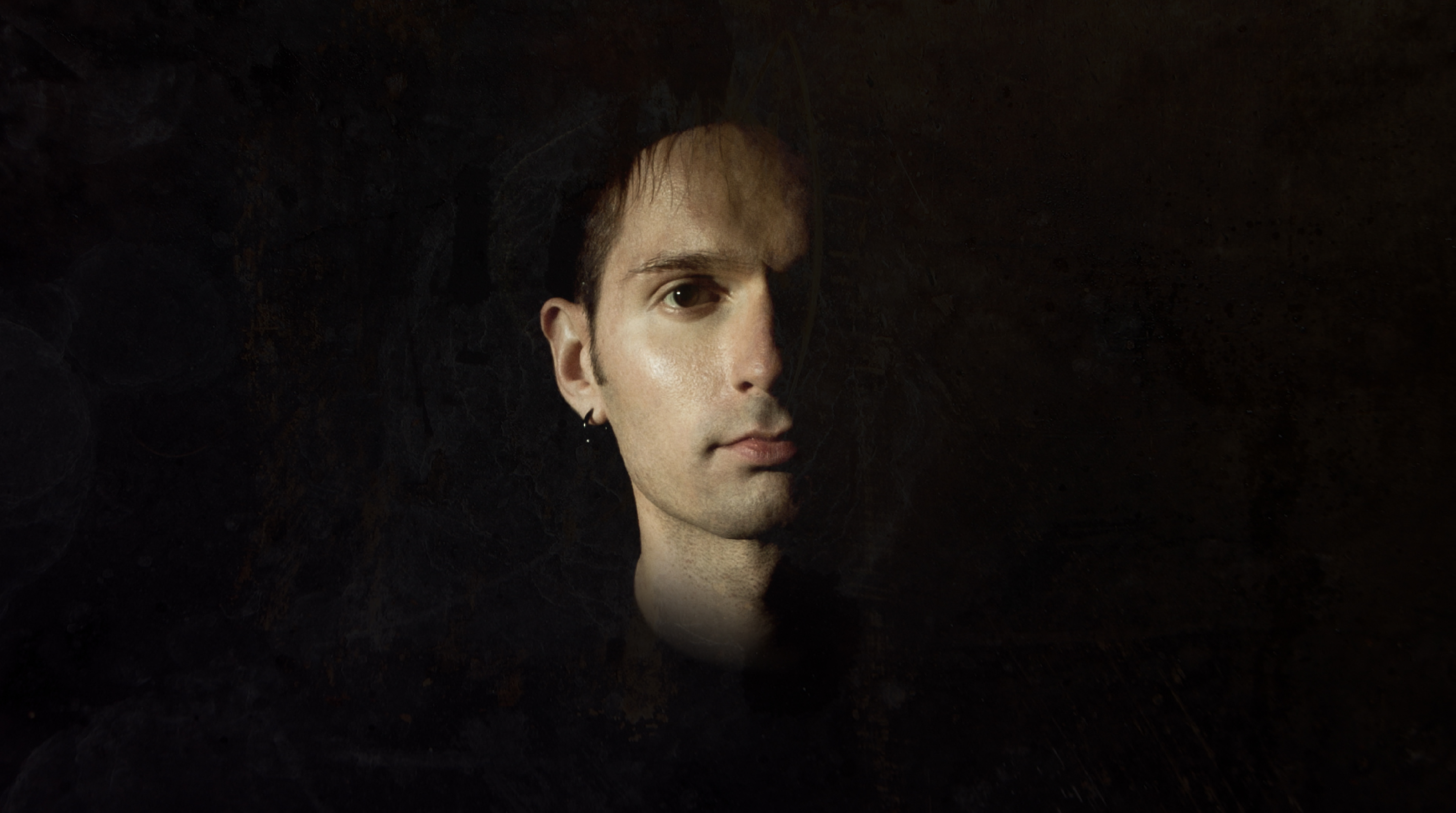 PRESS RELEASE – Foreplay, the debut record from Midnight Soundtrack, is more than just a collection of irresistible electronic rock songs ranging from bangers to ballads. The record is a musical journey through one tumultuous night, from 11:59pm to the walk of shame the next morning. The intense all-nighter represents the cycle of any typical relationship, from that first spark to the fire that burns everything down – and the album’s ten tracks capture every step of the fallout.

Midnight Soundtrack is the electronic side project of award-winning singer-songwriter Marcio Novelli – an opportunity for Novelli to branch out musically from the pop rock he’s carved his niche in. If he’s a bit of a mad scientist for self-producing a record in a genre he was a newcomer to, then this album is a shockingly successful experiment. But it’s not just the digital elements that make Foreplay electric. With its raw sexuality and emotional twists and turns, the record holds you like an unfolding script as you feel the relationship build and fall apart around you – and the music matches the drama each step of the way. This is the story of one night. This is Midnight Soundtrack.

I created a lyric video for every song on the record – you can check out the ones I’ve released so far on the playlist above and the rest will be added over the next couple of weeks! I also recently did an interview which you can read here that explains a bit about how I approached the project differently than my solo work. I wanted it to be the opposite in every way from the music to the lyrics to the style to the aesthetic. If you like what you hear, you can order the album for only $7 here!

I played the first annual Vegan Food and Drink Festival in Toronto earlier this month! 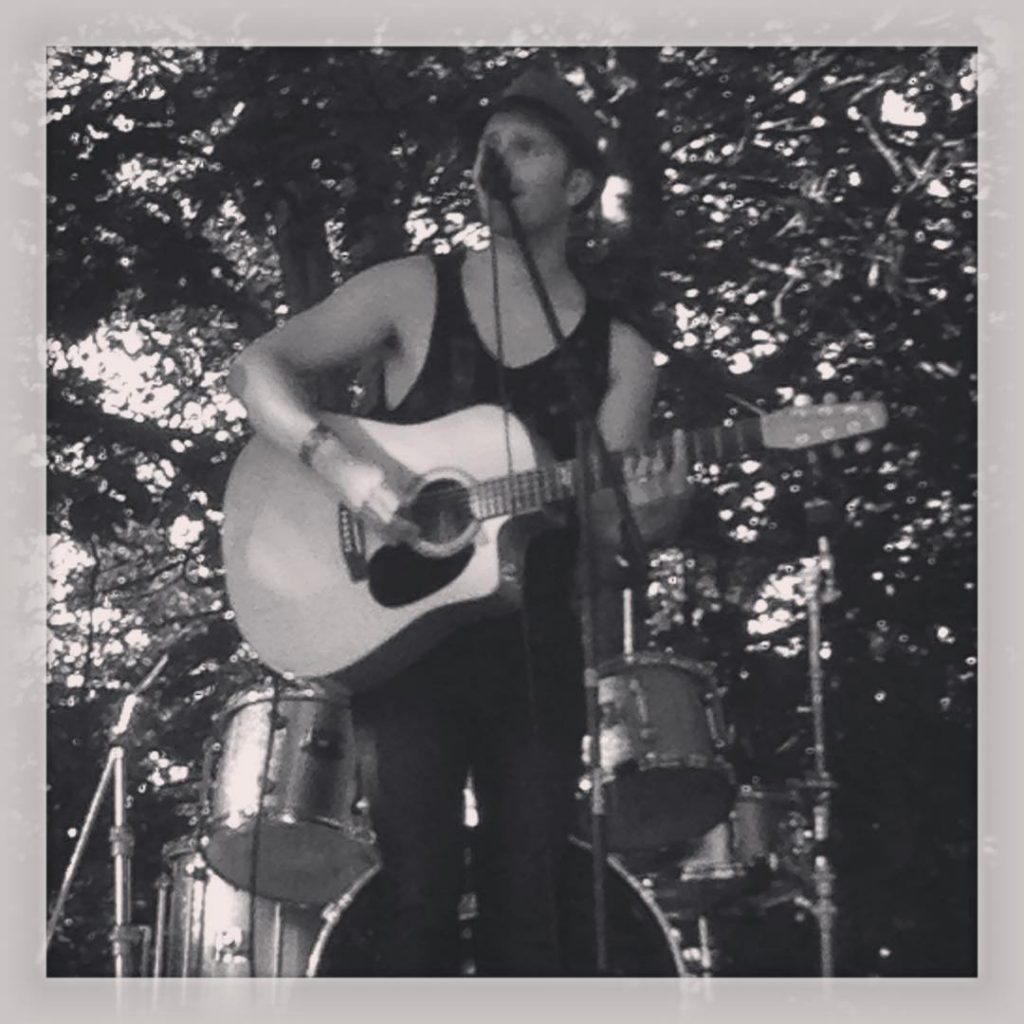 All the food was delicious but this burger was ridiculously good… drool. 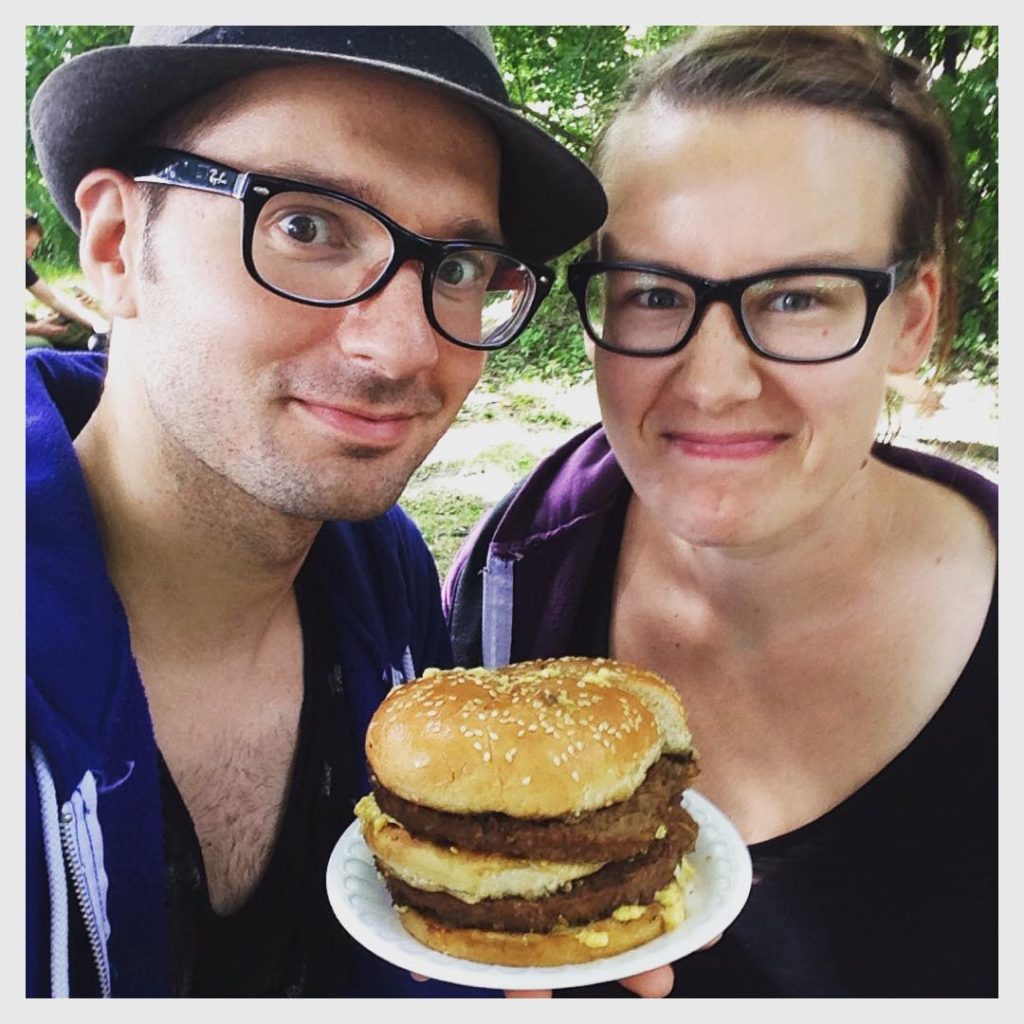 Sky and River are becoming best friends and it warms my heart. 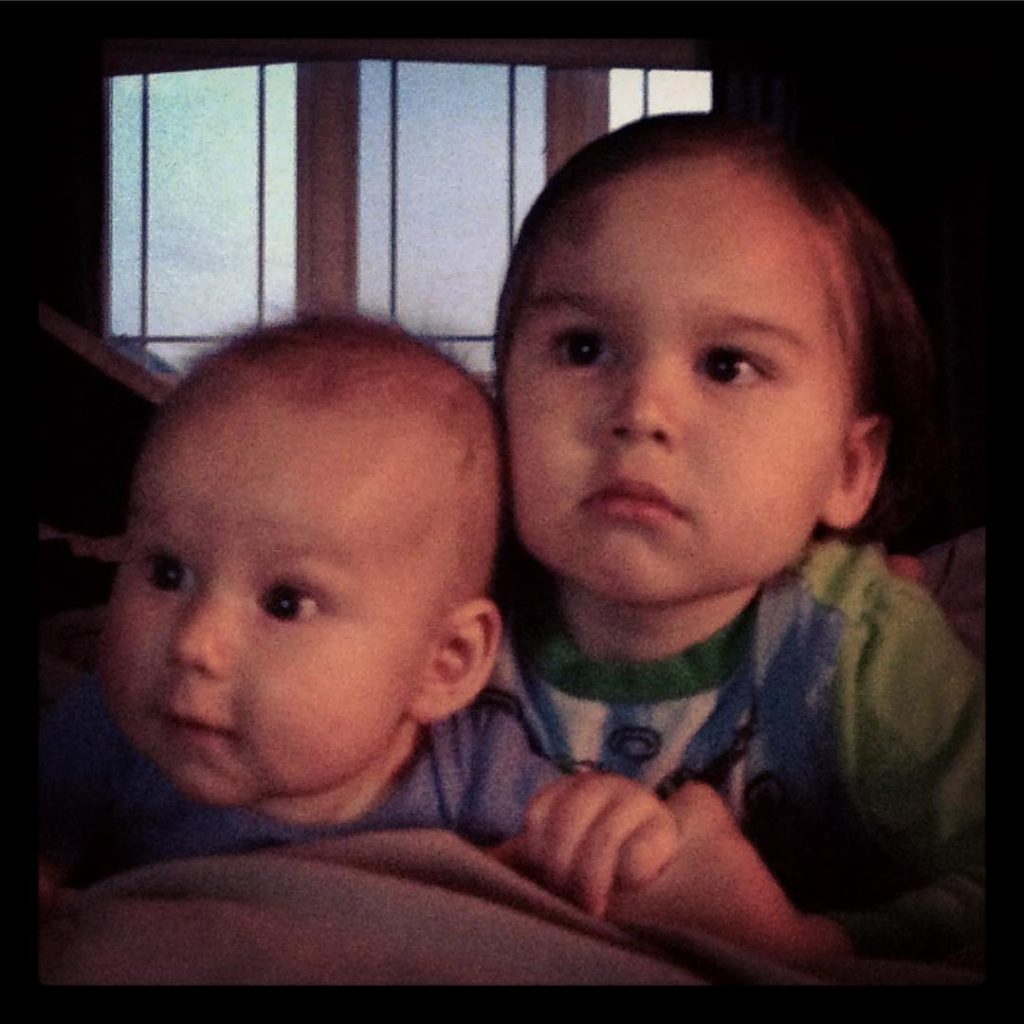 Skyler has really taken to yoga before bed and it really relaxes him. A child in child’s pose. 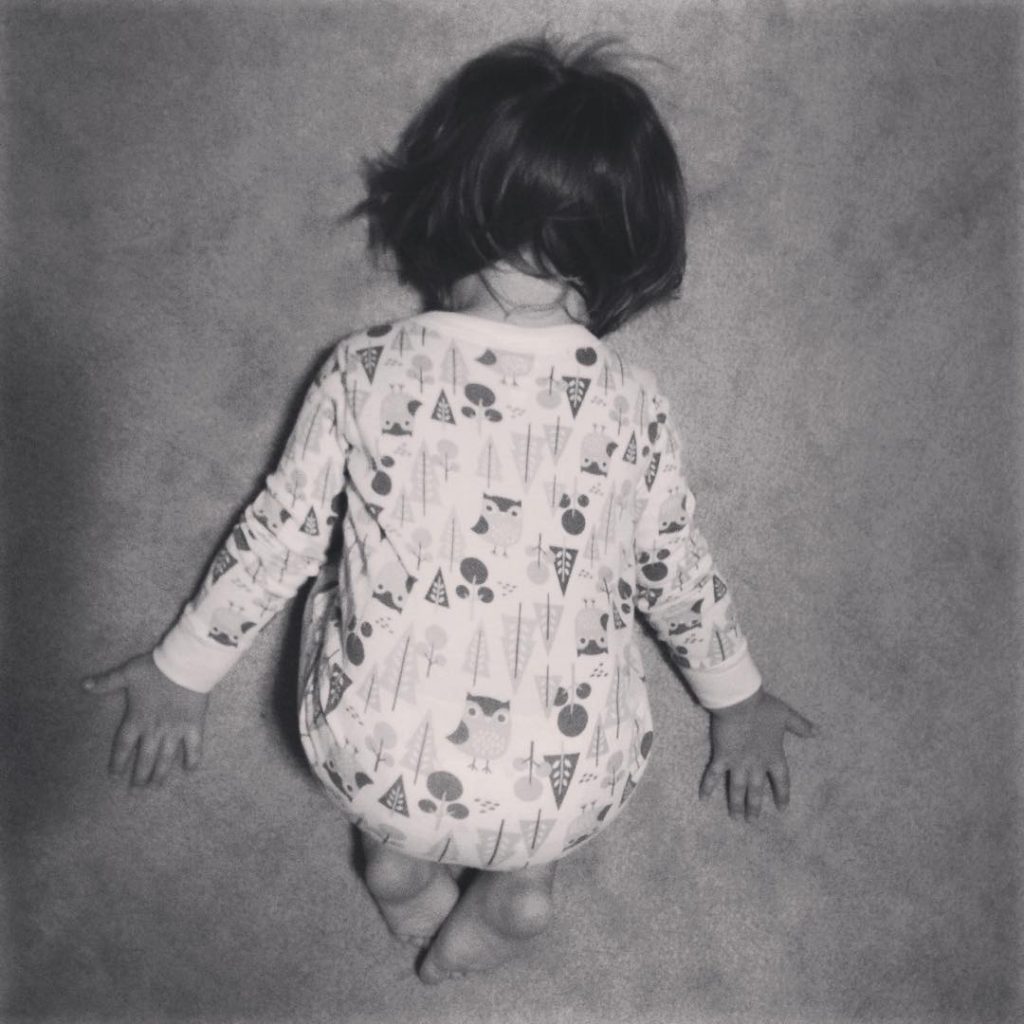 I’m sure River will get into it when he grows up a bit. 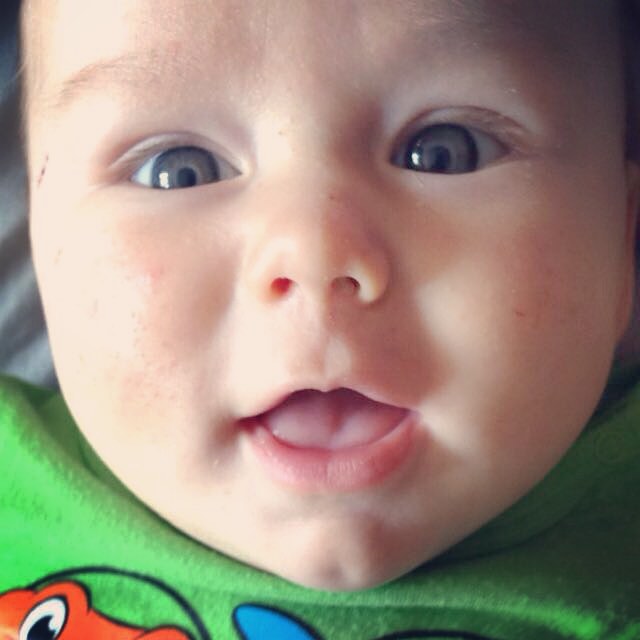 This month, my wife and I celebrated five years married and fifteen years together! I swear, we are happy about it despite this photo from our wedding day. 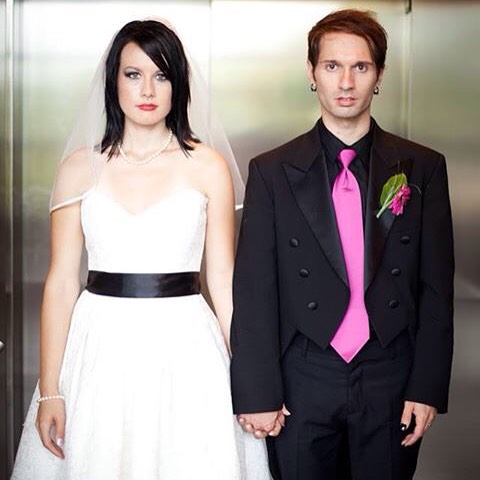 Skyler, on the other hand, is more interested in trying to pour his own cereal in the morning. Uh oh! 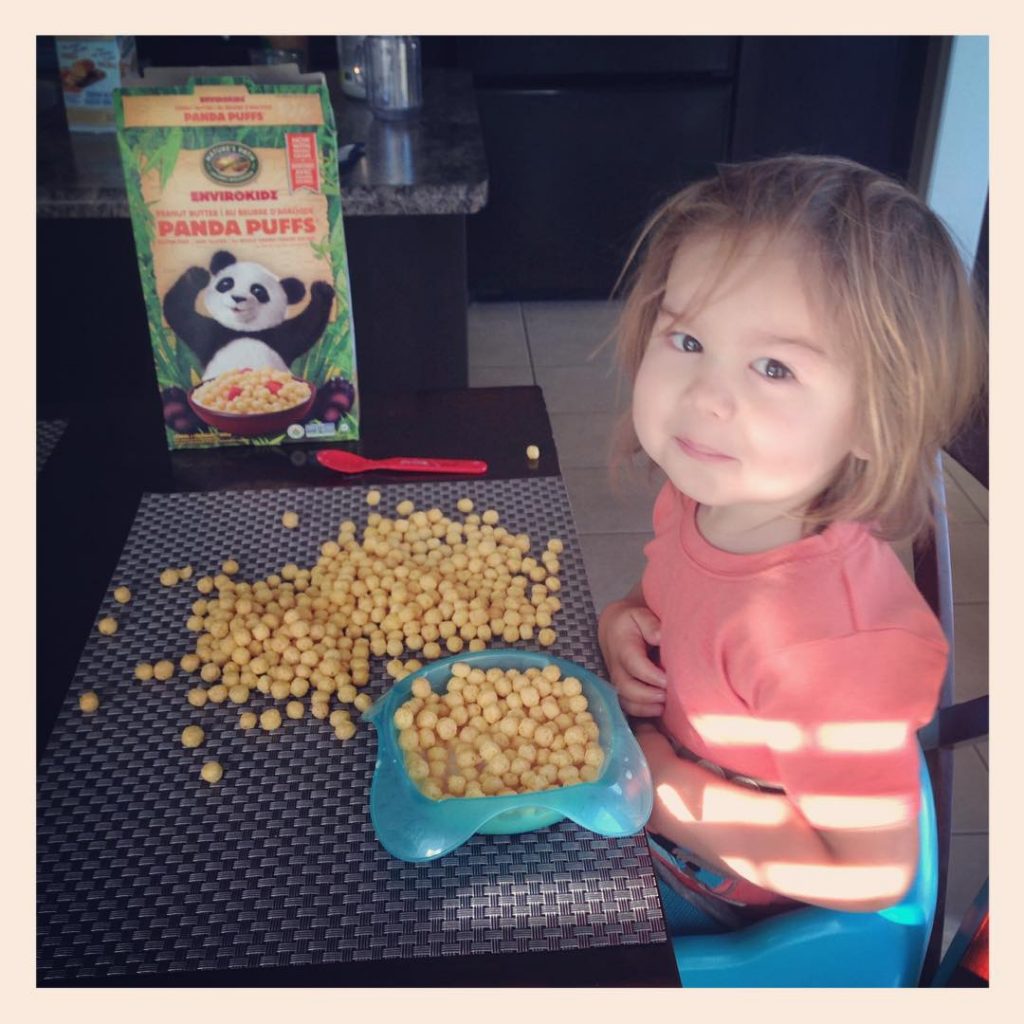 And, what’s this? Skyler finally got his hair cut? 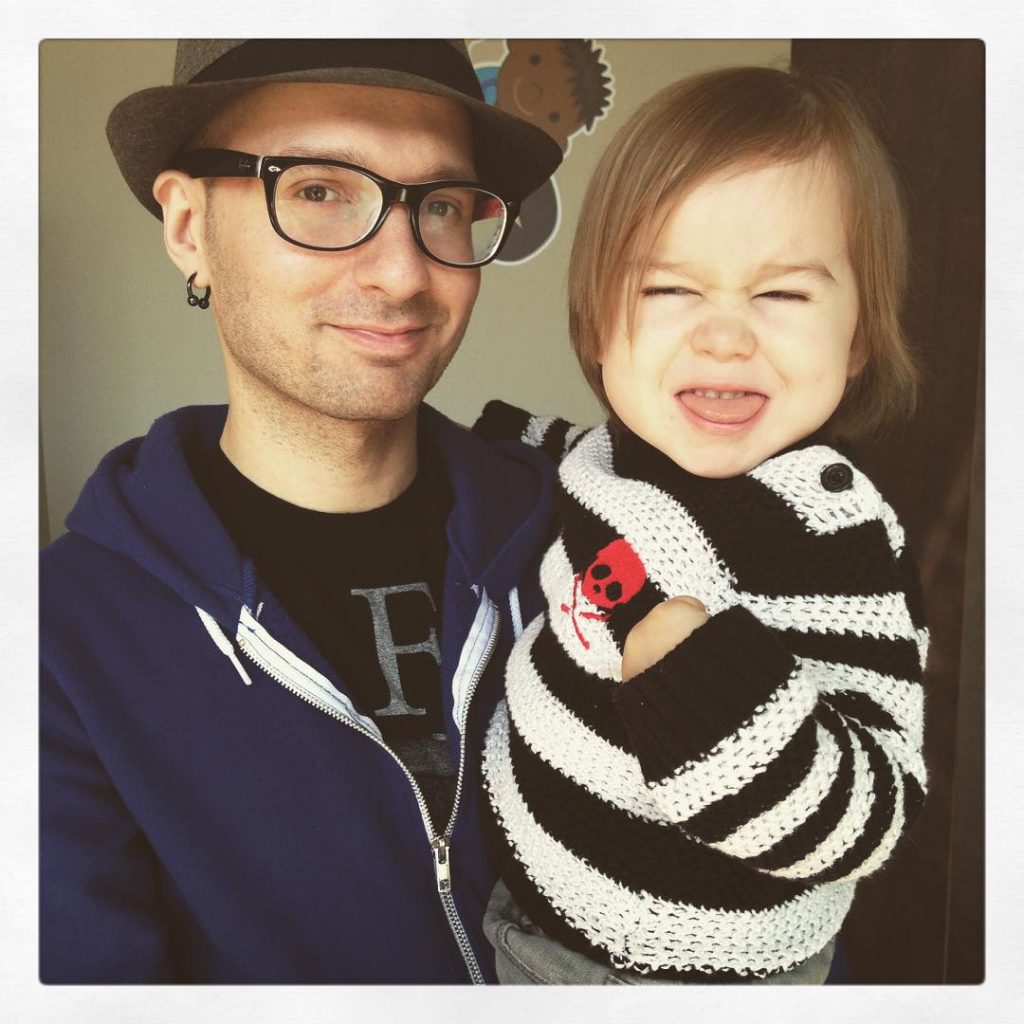 Fun times all around. 😉

I was offered the opportunity to do some background work for an upcoming series titled 11.22.63 starring James Franco. 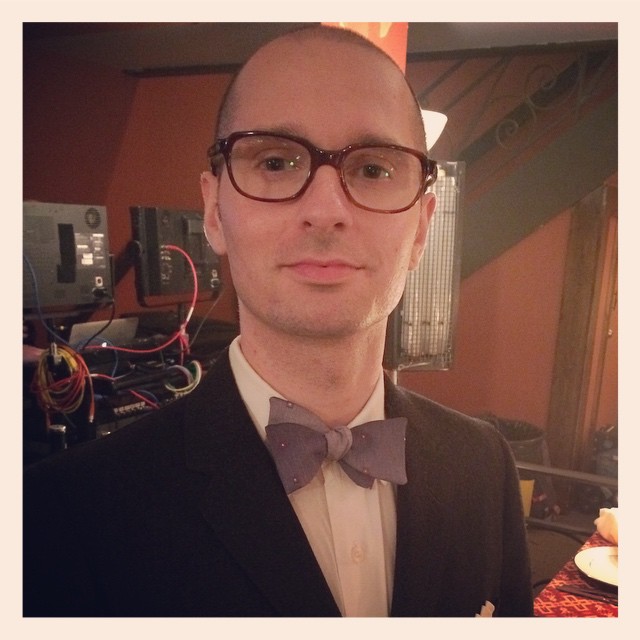 It was a lot of fun to get transported decades into the past and be a very small part of this new show. 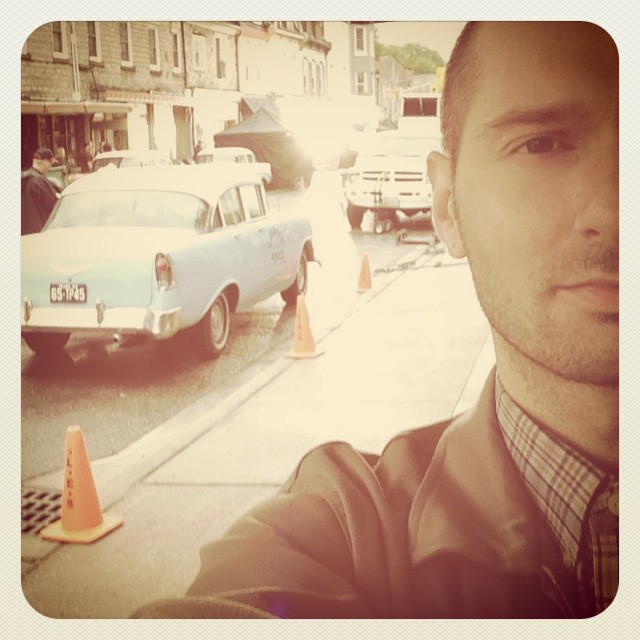 I had a day off between shoot dates so Chels and I took the kids to Wonderland! 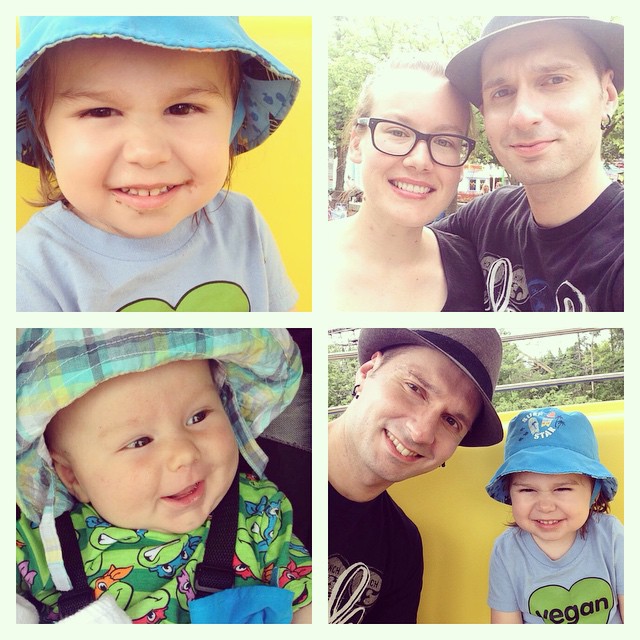 Sky has been so happy now that he’s a big brother and makes me laugh every day. 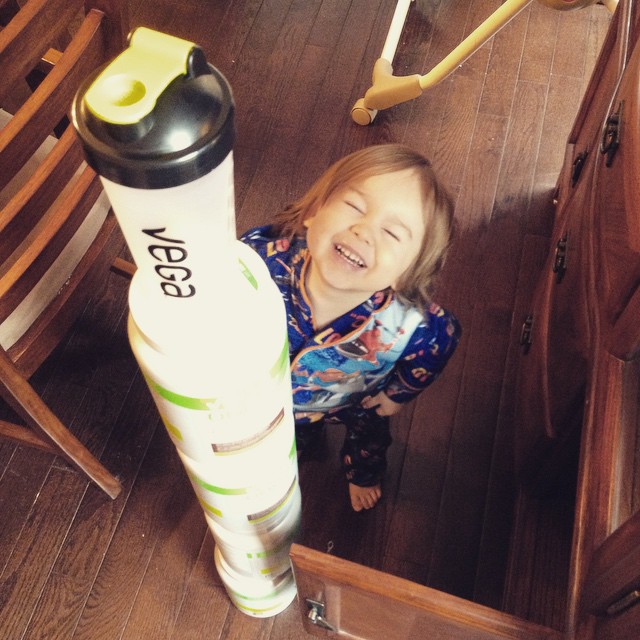 And, River has been doing a whole lot of sleeping as well as… sleeping. 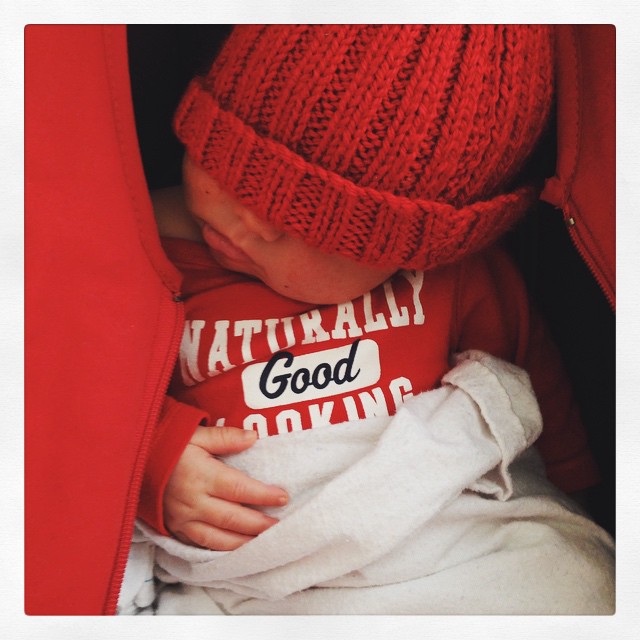 This is an exciting time!

Another month, another music video! May 2015 saw me dedicating three separate days to shoot a music video for In the Mourning just one month after filming a video for Remember Love. They’re both being released later this year and I’m really excited to share them with you considering it’s been a while since I’ve released a new music video! 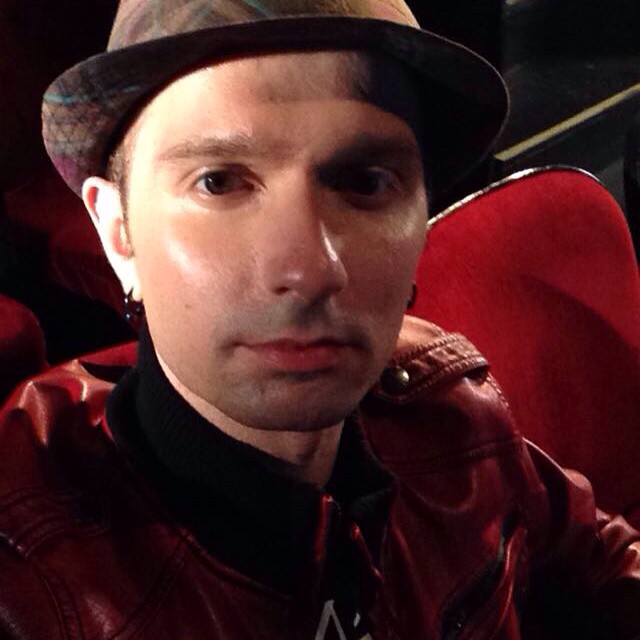 The video features three distinct versions of myself roughly based on the three parts of the psychic apparatus (the id, ego and super-ego) as defined by the father of psychoanalysis, Sigmund Freud. There are a lot of hidden meanings and dream imagery throughout the video so it should be a lot of fun to hear what you all make of it. 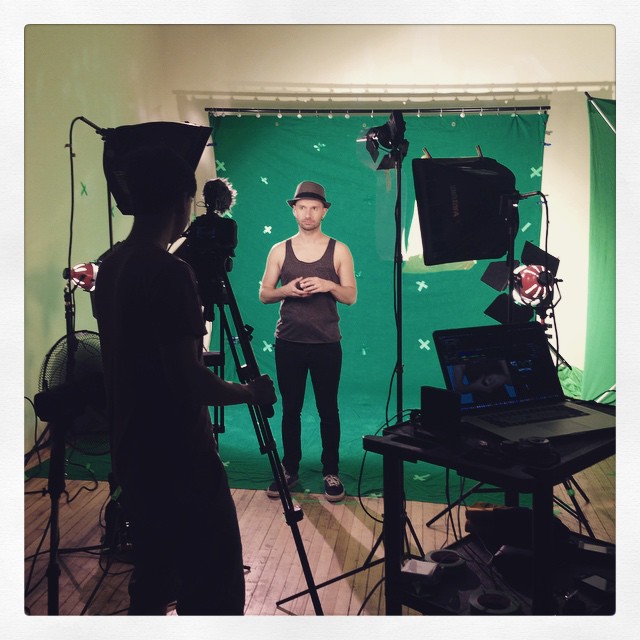 This is the second time I’ve ever worked on green-screen, the first time being a short experimental film I was in when I was in my early twenties called The Horrible Sounds and, basically, I get my head blown up. The director went on to be nominated for an Oscar – who knew? Anyway, if you’ve ever wanted to see my head explode, watch it. Otherwise, wait for In the Mourning where I remain fully intact (although there are several versions of me!) 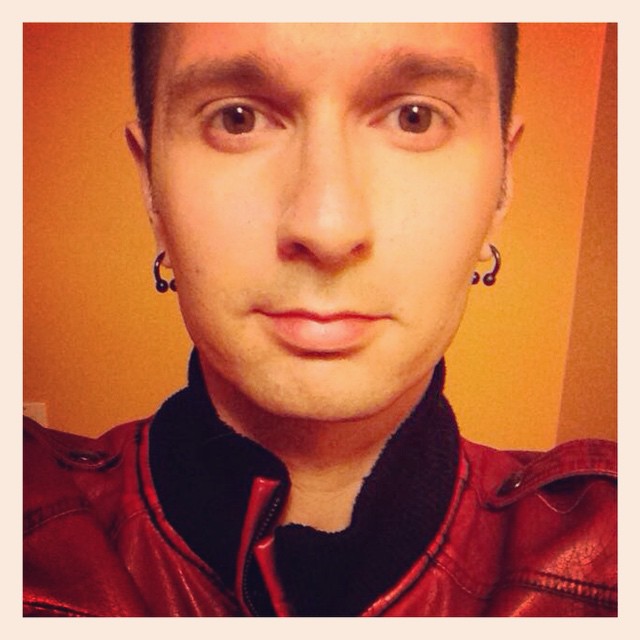 The music video is really unique and I think it suits the song well. I had a lot of fun co-directing it as I always do and working with my largest crew yet. Each and every person who was a part of making the video was a true pleasure to work with. Now, it’s time to take all the footage back to my place and get this baby edited and ready for release!

UPDATE: The music video is now fully edited and will be released later this year.

A couple of weeks ago, I played my first live acoustic show in well over a year in Toronto. It felt so good to be back on stage after all that time away from it. It was just like getting back onto your old bicycle after a long evil winter not being able to ride it or your big comfy couch that’s waiting for you at home after a long exhausting day at work. 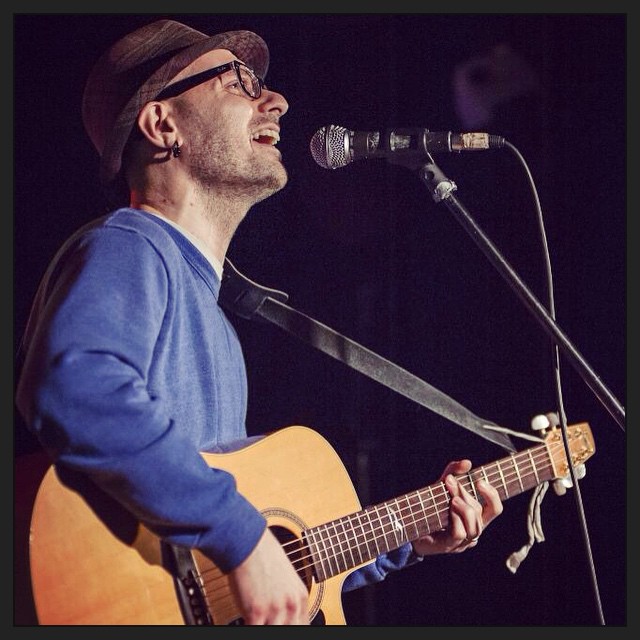 Over the last few months, I’ve been busy shooting music videos for It’s Not An Excuse, It’s A Reason​, recording The Reimagining​ EP, writing for my next full-length album, promoting Walking Proof​, interviewing artists on Bridge The Atlantic​ and, most importantly, being a full-time dad to Skyler and River with the help of my amazing wife Chelsea all the while experiencing the many highs and lows that life throws at all of us. 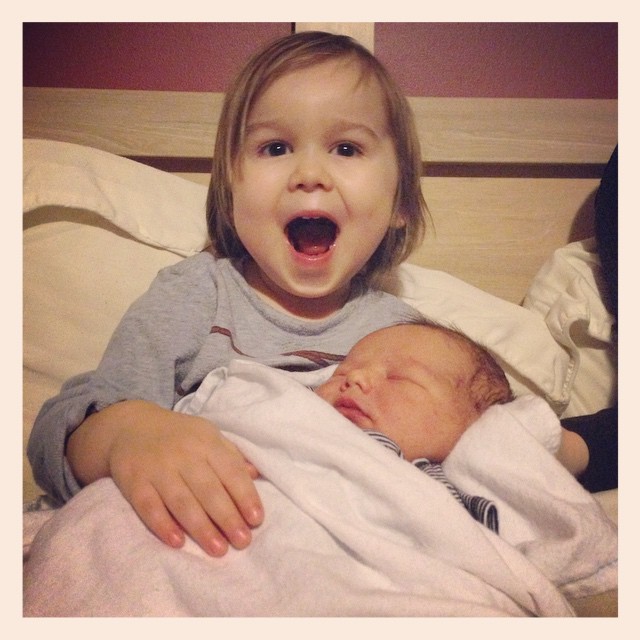 Speaking of which, the very next day after I played Toronto, a close relative of mine was admitted into the hospital. I received quite a few worried messages on Twitter after tweeting a photo titled, “View from a Psych Ward Window”. I’d like to thank you for your concern but I was just visiting (for now). My relative is doing well and will be getting the help they need. Please do what you can in your daily life to end mental health stigma. 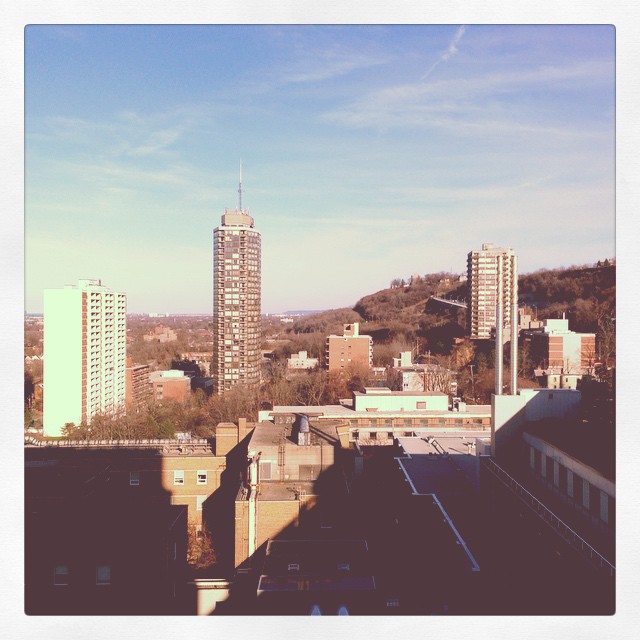 After a short month off, Chelsea went back to school last week to continue studying to get her Masters in Psychology. It was the first time I was alone with both my boys without her there since River arrived. After a short-lived struggle to get River to drink his mother’s milk from a bottle for the first time, everything went swimmingly (including Skyler’s swimming lessons). Both down for their naps by noon? I’d say I’ve got this! 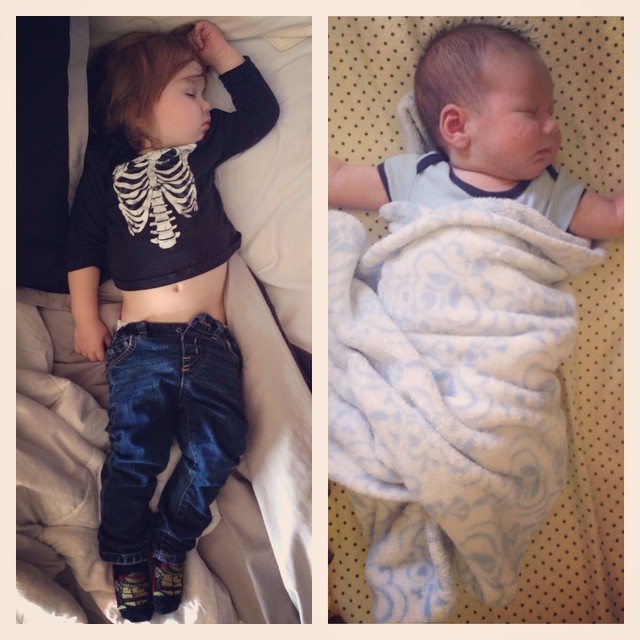 Anyway, I hope I’ve been doing a better job than I did last year with these blog posts in order to share the happenings of my journey on this speeding space rock we call Earth. Thank you for reading what I write, listening and watching what I create and for your continued support in every avenue of my life. It keeps me going on the low days. I can’t wait to share all the exciting things I’ve been working on with all of you very soon. <3

Two Saturdays ago, exactly one week after the birth of my second son, River Raine, I woke up at the crack of dawn, grabbed some food and drove to a remote location in Grimsby, Ontario to meet up with a man named Zachary Ramelan who would be my co-director on Remember Love, the music video. Cinematographer Karl Janisse was also there awaiting my arrival along with actress Raven Cousins who would be my co-star. 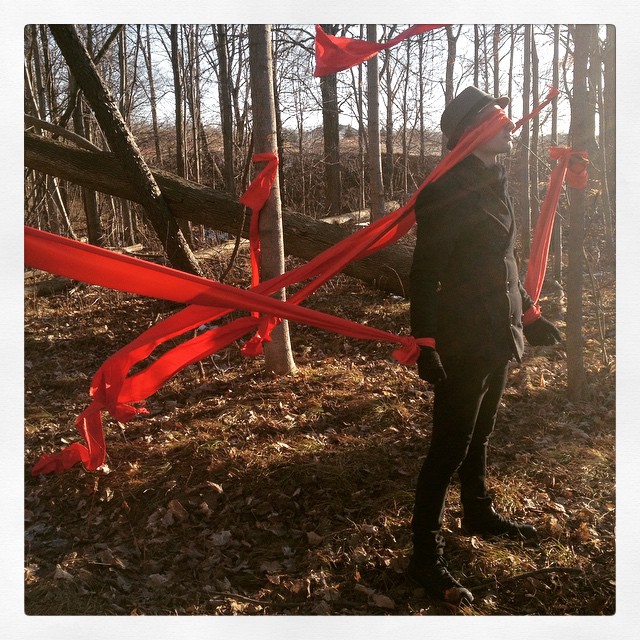 We made our way into the woods where it was absolutely freezing, literally. The temperature was -9°C with a windchill of -20. I was wearing my grey peacoat and, even though I was able to hide many layers under it, I was still so cold. Raven, on the other hand, wore nothing but a thin cream colour dress while shooting our scenes. The contrast of our clothing in every regard looks great on film but she really was a trooper. 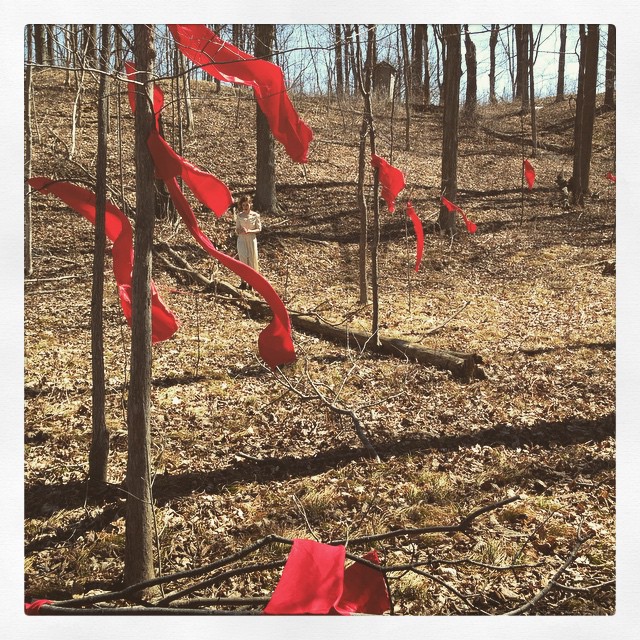 We shot our narrative until sunset then made our way to our second location for the performance thread. It was technically indoors but somehow the barn that we shot in was just as cold as outside minus the wind. When the video comes out, you’ll be able to see my breath leave my body with every exhalation. I was shivering in my cardigan and skinny jeans but it helped give a vulnerability and earnestness to the performance. 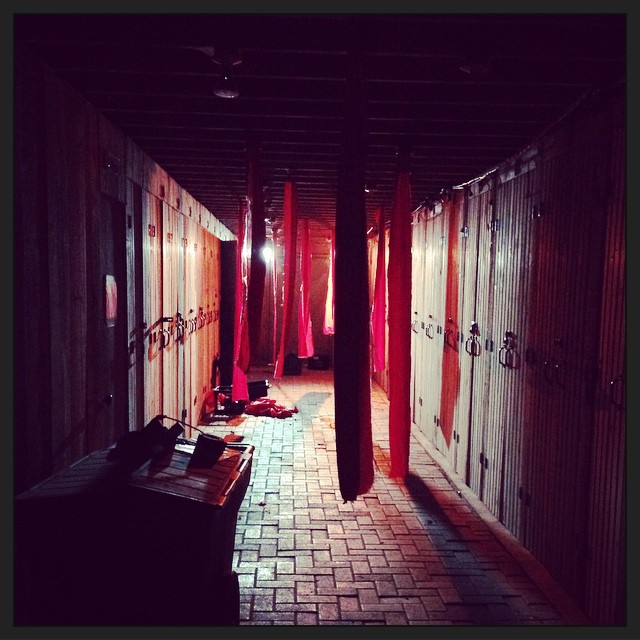 Despite the Winter conditions in Spring and my multiple days of recovery following the shoot, I truly had a lot of fun working with Zach, Karl and Raven. They are wonderful talented people that I plan to work with again very soon. I’m really looking forward to sharing this short film with everyone once it’s ready. I’m just putting some finishing touches to the edit then I’ll decide when to release this beauty. Stay tuned!